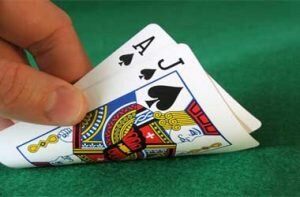 We are aware that there are a lot of Blackjack players who want to play Blackjack online but are a little wary of doing so or simply do not know what type of Blackjack game variants are available online.

With this in mind please do have a read through of this real money online Blackjack playing guide which will enlighten you on just which Blackjack games are worth playing and which ones are not worth playing!

Blackjack is perhaps the most popular casino game of all. It’s enjoyed by players all over the world, and you’ll struggle to find many casinos that don’t have multiple blackjack tables on the gaming floor. It’s available at every online casino we’ve ever played at too.

Blackjack is also one of the easier games to learn the basics for, and even learning some very sound strategy isn’t overly complicated. With a little time and knowledge of the game, there’s really no reason why you wouldn’t be able to start playing this game with efficiency.

If you’re new to blackjack, or just want to know more about it, then this guide is for you. On this page, we have explained why blackjack is such a great game to play, and we provided a little information on the history of the game. We also have the following articles which cover a variety of blackjack related topics.

If you’ve played blackjack before then you are probably aware of why it’s enjoyed by so many people. It’s the kind of game that people tend to love from the moment they first play it. That’s not to say it’s for everyone of course, but there are a few good reasons why it’s so popular. Please read on to find out what some of these are.


One of the most appealing aspects of blackjack is that it’s really easy to play. It only takes a few moments to understand the rules, and unlike some games, there aren’t lots of different bets to confuse things. You don’t have to keep track of too much information, and most of the decisions you have to make are relatively straightforward.

You should never lose sight of the fact that gambling in the casino is supposed to be a form of entertainment. You’re always going to want to win money of course, but there’s no point in playing if you aren’t enjoying yourself. A big reason why people choose to play blackjack is for entertainment purposes.

If you go into any casino in the world, it’s almost guaranteed that the blackjack tables will be among the busiest, and that they will be full of people having a great time. The winners will obviously be enjoying themselves the most, but even the losers will know that the very next hand could lead to a great sum of money for them.


The odds are against you when playing blackjack, as they are with any casino game. There’s always a house edge which means the casino will win in the long run. However, the house edge in blackjack is very low, making it one the best games to play. Your chances of winning a hand are only slightly lower than your chances of losing a hand.

The size of the house edge varies depending on the exact rules where you are playing, but it can be lower than 1% in the right circumstances. That’s excellent in comparison to some of the other popular games, such as roulette and slots for example. Please note that you have to play the “right way” to keep the house edge low, which brings us directly on to the next point.


Some casino games are based  on pure luck, so there’s nothing at all you can do to influence the outcome. That’s not the case with blackjack though, as your actions have a direct impact on the results. In any given situation you have a decision to make about what to do, such as whether to stick with your hand or whether to take another card. Your decision will have an effect on your chances of winning the hand.

The great thing about blackjack is that it’s not at all difficult to learn the optimal strategy. Your decisions are always based on the cards in your hand and the card the dealer is showing. You just have to do the right thing based on that information. There’s a defined set of rules that state what decisions you should make and when, so if you can learn them you’ll always know what to do.

Luck is still involved, but making the correct decisions can greatly improve your chances of winning money. At the very least it will make your money last longer. It’s also possible to take things to another level by attempting to count cards. This is a specific skill that can put the odds in your favor, meaning you can actually beat the house if you’re good enough.

A Brief History of Blackjack

There are several theories about exactly when and where the game of blackjack first appeared. Many of these theories are a little vague, and there’s not much clear evidence to support any of them. As such, it’s impossible to be precise about the true origins of blackjack.

The earliest written reference to a game that resembles blackjack as we know it today can be found in a book written by Miguel de Cervantes. Cervantes was a Spanish author, best known for the novel Don Quixote, and he was also a gambler. In a collection of short stories he wrote, published in the early 17th century, he referred to a card game card called veintiuna. This is Spanish for 21, and the game shared many similarities with blackjack.

Another game with similar rules to blackjack is known to have been played in European casinos from the 18th century. This was called vingt-un, which is French for 21, and it has been concluded by some people that it was derived from the game of veintiuna. We’ll never know for sure whether that was the case or not, but we know for sure that the game of 21 became popular throughout Europe and eventually spread to America.

After its introduction in America, some casinos started offering bonus payouts to encourage more interest from players. For example, players would be rewarded with a 10:1 payout if they made 21 with an ace of spades combined with a jack of spades or jack of clubs. A hand of this type was known as a blackjack, and at some point the game took on this name permanently.

These days, any hand containing an ace and a card worth 10 is known as a blackjack. The payouts for such a hand are no longer 10:1 unfortunately, but 3:2.