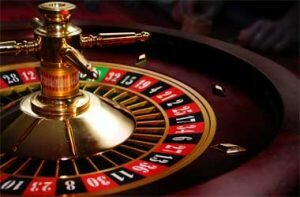 Whilst you can of course play many online Roulette games completely free of charge, there is no greater thrill in the world than playing Roulette for real money.

Placing your wagers on the Roulette table then watching as one of those wagers turns out to be a winning one as the ball lands in one of the number wells is way to appealing for many players, and in this article we shall give you a few pointers in regards to which Roulette games are available online and which ones are well worth you settling down to play.

Roulette is a real favorite with many casino players. It’s unquestionably one of the most popular casino games around, and you’ll find roulette tables at pretty much every single casino in the world: live and online. They usually attract plenty of players as the game has simple rules, a wide range of betting options, and is very exciting to play.

In this guide to roulette we will teach you everything that you really need to know about the game. We explain how it’s played, with details of the different variations and the various types of bets that you can make. We provide some betting strategies you may want to consider and a few top tips too. We also have some advice for playing online.

You can see everything we have to offer in this guide below, along with a brief history of the game.

It’s not difficult to play roulette, but there are a few things that you should learn before playing the game, either live or at an online casino. Obviously you need to know the rules and you should be familiar with the main variations of the game such as European roulette and American roulette. You’ll also want to know all about the different bets you can place.

You can find all this information on the following pages.

There has been a lot written about roulette and various strategies you can use to try and beat the game. The reality is that there’s no proven system that guarantees winning money, but there are certain strategies you can employ if you want. We’ve provided information on some of these strategies and also provided a few tips for maximizing your chances of winning.

The true origin of the game goes back to the 17th century when a mathematician, Blaise Pascal, devised what was ultimately to become the roulette wheel. It wasn’t until the following century that the game was properly introduced though, initially in Paris casinos. It became very popular relatively quickly, soon spreading to other parts of the world.

When the game first reached America, some of the wheels used only the numbers 1-28, along with the zero and the double zero. There was also an American Eagle, which was essentially a house number where all bets lost. These wheels weren’t used for too long as the rules of the game, and the wheels used, became standardized very quickly.

Over the years the game hasn’t changed very much at all. The biggest adaptation was the removal of the double zero, which was first done in a German casino to attract more players by making the game more favorable for them. It’s the single zero version of the game that has gone to become the most common around the world, apart from in the United States where the double zero version is still widely used.